Since the dawn of time, the stars have influenced mankind. It’s just that nowadays those “stars” are models, actors, and singers, oh my! From the shoes we wear to the soda we drink, today’s top celebrities totally affect our choices. They are walking, talking, and extremely photogenic advertisements!

Thankfully most celebrities have excellent taste. If you’re looking for your next stunning handbag, don’t be afraid to copy one of these gorgeous ladies’ favorite designer accessory.

Why not start with the model who you can’t help but see everywhere you look! She’s on runways, she’s in magazines, and she still looks like a girl you could be besties with…if you’re Taylor Swift. While her style varies quite a bit, and she’s got fashion designers in the palm of her perfectly manicured hand, she does seem to favor Yves Saint Laurent handbags over others. And there is one in particular that she has been photographed carrying countless times.

This classic monogrammed Saint Laurent satchel is the perfect size, and will go with any outfit! 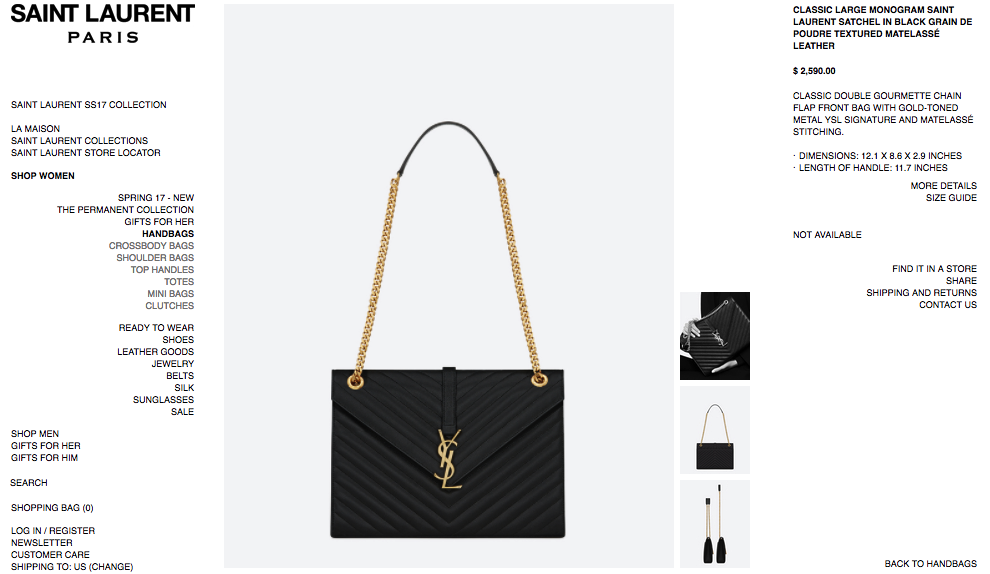 While we’re talking about models, let’s not forget Gigi’s BFF Kendall. This gorgeous girl has been in the spotlight since she was tiny. And she seems to just be getting better and better. With plenty of fashion endorsements, Kendall is constantly photographed sporting too many designer brands to count. But a certain Celine handbag has been spotted again and again, and in just as many colors.

The Celine Nano Luggage tote is the definition of simple-chic. Its petite size makes it an easy carry; and its fabulous lines adds the perfect amount of style to any look. 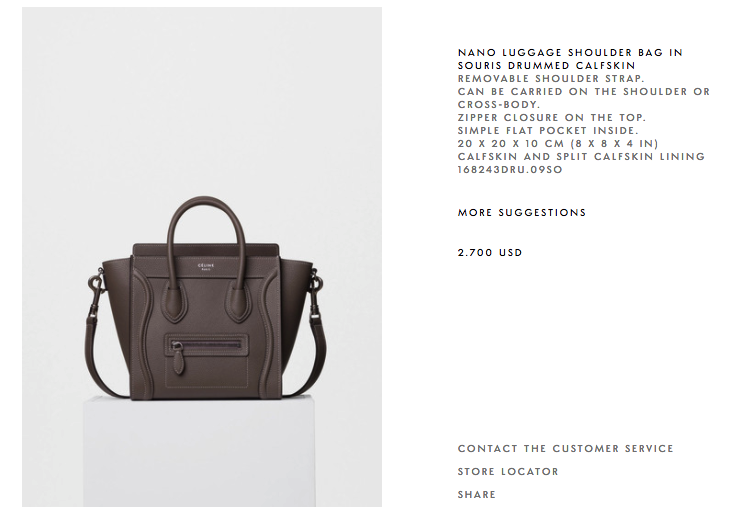 Kendall isn’t the only Jenner that is taking the fashion world by store. Little sister Kylie has made quite a name for herself in her own right. With killer personal style, and an even bigger social media following, Kylie definitely has a fashion following. Her Instagram is a testament to her many loves, including Hermès. Following in her mother’s footsteps, Kylie seems to have an affinity for orange boxes, especially with a Birkin bag in them!

The Birkin bag is only available for purchase in an Hermes boutique. Yes, Kylie is that special! 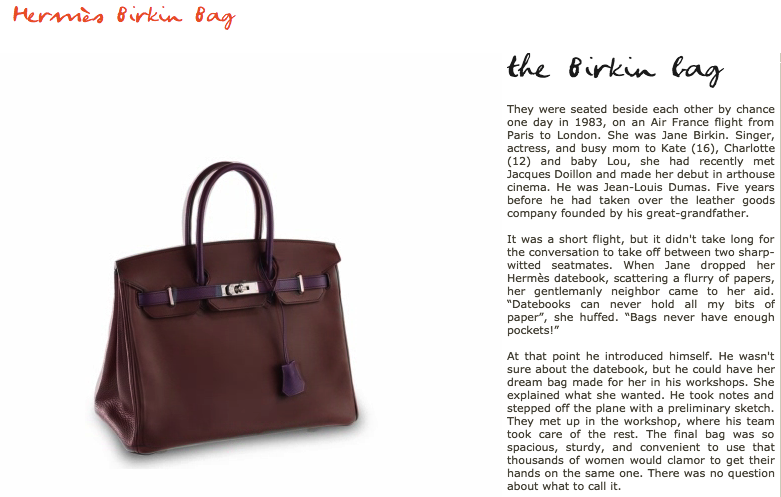 Another model that has been working in all the right places, Cara has a spunky style that has captured the hearts of everyone from the UK to the US. Not your typical blonde beauty, this British bombshell actually endorses the classic British brand, Mulberry. So it’s no wonder that you can find Cara carrying a Mulberry accessory more often than not.

Cara probably has every Mulberry bag in existence, but Mulberry has a specific collection for the model featuring a versatile bag. The Cara Delevigne bag can be carried as a backpack, over the shoulder, and of course hand-held too.

From one bad girl to another, Rihanna is another fashionista that has made her statement on the tougher side of style. With a successful singing career, and even dabbling in acting, bad gal Riri has become extremely influential in the fashion world. And while there are numerous occasions when a jetsetter like Rihanna needs a large handbag, she has been spotted recently carrying a petite little Louis Vuitton that seems to be her current go-to bag.

Monogrammed in the iconic LV, this twisted box bag was designed by Frank Gehry and released in 2014. You may not be able to find one of these easily, but you can’t go wrong with anything in the LV monogrammed collection.

Another Louis Vuitton lover, Selena Gomez is not only in the summer 2016 ad campaign for Louis Vuitton, but is constantly photographed carrying the designer handbags. Selena will often rock Louis Vuitton looks right off the runway and top it all off with a gorgeous LV purse. The only hard part is trying to sort out which bag is her favorite.

Another monogrammed canvas handbag, the City Cruiser PM is part of Louis Vuitton’s latest collection. While the ad showed Selena carrying a tan and brown bag, Selena has been seen carrying this navy and brown City Cruiser frequently. 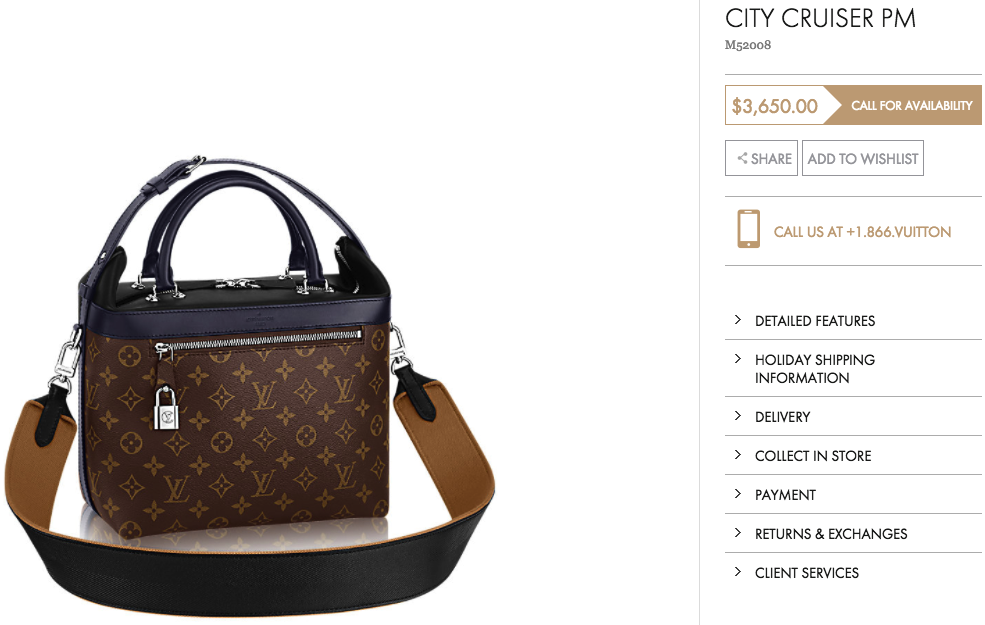 Every brand needs a face. And Chloe Moretz lends hers to Coach. She may be super young, but she has made quite a name for herself on the small screen and the big screen. With that she has developed quite a following on her Instagram and in the fashion world. Her fabulous, fresh style is perfect for the bright American brand.

This large Coach handbag is super chic and fashionable. The Swagger 27 was designed in 1967, making it a timeless addition to any purse collection. 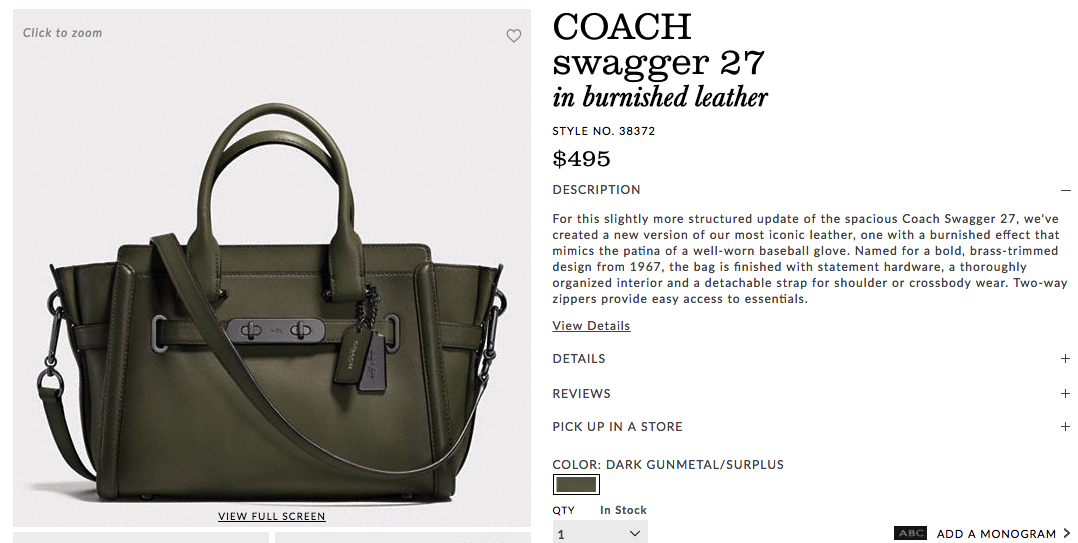 Kristin has gone from the girl you loved to hate on Laguna Beach and The Hills, to the woman you want to be in real life! Married to a football player, still has gorgeous as ever, and creator of her own fashion line, she really has it all. If you’re still in any doubt, just check out her Instgram! While there, you can’t help but notice that Kristin has an obvious fondness for Chanel. And we can’t blame her. With so any bags to choose from though, there’s one Chanel bag that appears to be her go-to choice.

The particular Chanel quilted shopping tote that Kristin sports is not immediately available. But this rich navy Large Shopping Tote has very similar and elegant features, and can double as a couture diaper bag (Kristin’s favorite way to carry it)!

If you don’t see your favorite celeb and want to see them added to this list, just send us a comment below!