Location
Headquarters: The Gucci headquarters can be located just outside of Florence, their founding city. The architectural design is visually stunning with its geometry and interesting surfaces and facades.

The history of the brand Gucci spans almost an entire century having being founded by Guccio Gucci in Florence, Italy in 1921 as a family-run luggage company.

Guccio was initially inspired during his time working at the luxurious Savoy hotel in London – the luggage carried by guests gave him the idea to return to his birthplace of Florence and start up the now iconic global brand selling leather goods using local crafts from Tuscan artists.

Within a few years Guccio and his three sons expanded the brand and their offering into other Italian markets where the label enjoyed much success with a large market of wealthy international customers vacationing in Florence. In fact, this success lead Gucci to their largely equestrian-inspired collection of bags, trunks, gloves, shoes and belts, which is still prominent in their collections of today. 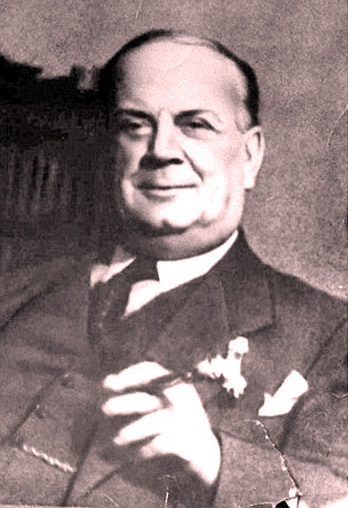 The founder of Gucci, Guccio Gucci

With the war in the 1940s came a shortage of leather material in Europe which led to Gucci experimenting with other materials that weren’t typically luxurious – hemp, linen and jute. This inspired Gucci’s first signature print, the small interconnected brown diamonds on hemp material which was later re-discovered in the archives and re-issued as a limited edition classic collection showing Gucci’s ability to transcend modern day trends with its rich heritage from days gone by.

Around this time the brand also released another famous iconic Gucci classic, the bamboo handle. Bamboo was a material open for import from Japan and the Gucci craftsmen used a patented method to bend it in such a way that it could become the perfect shape for a sturdy handle. This classic was another item inspired by equine sports, particularly the contours of a leather riding saddle and is rumored to take up to 13 hours to make. In 2010 a more sporty and contemporary version of the bag was launched, named The New Bamboo.

The classic Bamboo handle shown here on a leather tote.

Gucci’s brand continued to be influenced over the decades by the aristocratic equestrian sport and their demand for riding gear, and in the 1950s it released the timeless horsebit logo which was first used on a pair of loafers and later extended to leather Gucci handbags. In fact, this icon became a modern-retro print that is still used as a distinguishing brand symbol on clothing and accessories.

The horsebit logo used on an oversize Gucci handbag.

Later in the 1950s Gucci produced the first trademark red and green web stripe similar to that of a traditional saddle girth (the item that holds a saddle in place) which proved to be an instant success in the market. Soon after this, Gucci opened stores in major cities and began its journey towards global success.

Another key brand trademark was also born during this decade, the Gucci crest. Showing a shield and armored knight surrounded by a ribbon inscribed with the family name, this was representative of Guccio’s hometown of Florence and has been used on items from clothing through to accessories.

The founder of Gucci, Guccio passed away in 1953 and his sons took over the now international business. This didn’t hamper their continuous product expansion and innovation and in the 1960s Gucci launched another trademark insignia – the Double G for Guccio Gucci produced at its historic workshop in Florence, to both celebrate and represent the brands original founder.

The Double G insignia shown on a leather handbag.

The Jet Set and Gucci

Along with becoming an iconic brand amongst the jet setters, Gucci was also fast becoming a must-have item for celebrities. When First Lady and beauty Jackie Kennedy was spotted carrying her Gucci shoulder bag on a regular basis it was renamed The Jackie O, and became one of their best sellers and classics. In fact the Jackie O was re-launched in 2000 in various colors styles and re-named The New Jackie such was its success.

The likes of movie stars such as Liz Taylor, Peter Sellers and Samuel Beckett all seen out-and-about carrying their unstructured, unisex Hobo Bag further cemented Gucci’s Hollywood status as brand of the moment. The phrase the Gucci ‘It’ bag was born.

Gucci wasn’t only popular with celebrities, but with royalty too. When Princess Grace of Monaco commissioned a scarf the famous Flora print was created. This item became extremely popular with the European customer who saw it as a keepsake to pass along to their daughters, again showing the timeless nature of a brand rich with heritage. Many years later and the Flora print was launched as a handbag collection, penetrating mainstream culture long after the original creation.

Equestrian influences continued well into the 1970s with the Soft Stirrup handbag, inspired by a famous model from 1975 and equally popular today.

Fast forward to the 1990’s and the brand oversees a major change – it leaves behind their family-run aspect, is bought out by a holding company, and goes on to become a luxury brand group. Despite its many years in the industry Gucci remains a fashion leader, being constantly re-invented through new shapes, colours and styles but always keeping to within the Gucci brand aesthetic. Their ‘It’ bag status continues.