By the age of 15, Jacobs was working as a stock boy at the upscale boutique Charivari. The staff allowed him to design sweaters between his task of folding clothes. It was this work that landed him a spot at Parsons School of Design in New York. He stood out amongst his classmates. For his graduation collection, he created a line of sweaters, which his grandma helped him to knit. 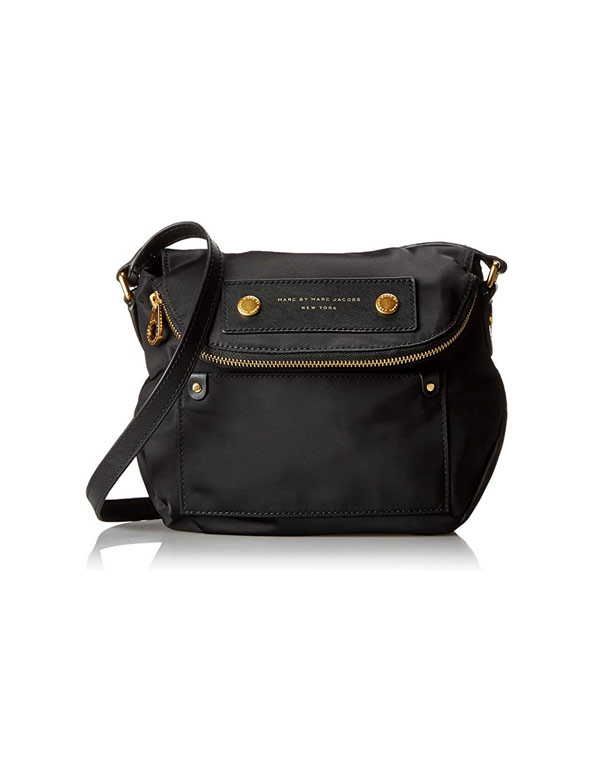 Marc Jacobs was born in New York City in 1963. His father died when he was seven and his mother was mentally ill, so Jacobs was raised by his paternal grandmother. His grandmother inspired Jacobs with her love for aesthetically pleasing things. She also appreciated Jacobs’ creative designs.
He won the Design Student of the Year award at graduation. Then, in 1987, he was awarded the CFDA Perry Ellis Award For New Fashion Talent. He was also the youngest to win the award. This helped him gain the brand’s attention. In 1989, Jacobs worked at Perry Ellis, but the brand was not a good fit for him, as he was interested in street style. So, he ventured out with business partner, Robert Duffy, to create Marc Jacobs International, L.P. The brand was based on a love of fashion and a commitment to quality.

In 1997, Jacobs was appointed as artistic director at Louis Vuitton. While it was a professional success, his personal life was in turmoil. His friends, including model Naomi Campbell, encouraged him to seek help. In 1999, he checked into rehab. It was while at Louis Vuitton that Jacobs began to take a serious interest in handbags. In 2001, at Louis Vuitton, Jacobs launched Marc by Marc Jacobs, which carried casual handbags. This led to a collection of soft leather hobo bags and quilted purses.

On top of all that, Jacobs was awarded the Menswear Designer of the Year by the Council of Fashion Designers in America. This makes him one of the most awarded designers today.

In 2006, he expanded his line to include perfumes. The bestselling fragrance, Daisy, was created around this time. In 2013, Jacobs stepped down from Louis Vuitton to focus on his own line. It was that year that he created Marc Jacobs Beauty, a collection of color cosmetics including foundation and lip gel.

Today, Marc Jacobs is known for its clean and chic designs. It has made its mark as a rebellious and original brand. It is also committed to community, supporting over 75 charities and organizations around the world.

Marc Jacob bags are affordable, especially when compared to high-end designer bags. On their website, Marc Jacobs’ bags currently have a price range of $135 to $550. However, this can fluctuate depending on the season and new bags that are released.

Marc Jacobs offers up to 50% off select pieces in the Marcdown section of their website.

Best known for the Stam Bag and the Snapshot.

The Stam Bag—named after model Jessica Stam—features quilted calfskin leather, kiss lock closure and a chain link long shoulder strap. The bag was released in 2005 and quickly gained momentum. In 2006, many celebrities were spotted wearing the Stam Bag. The Stam Bag was discontinued in 2013.

The Snapshot is an iconic camera bag with a removable, adjustable strap. It comes in many different colors and designs, including plush and metallic.

The brand can be found online or in Nordstrom, Saks Fifth Avenue and at one of the 280 Marc Jacobs stores worldwide.

• Jacobs worked on charity pieces, including “Protect the Skin You’re In” T-shirts, which helped to raise awareness of melanoma.

• Jacobs admires the works of Miuccia Prada and will often sit front row at the Miu Miu show in Paris.