A Brief History of Designer Logomania

Louis Vuitton was founded in Paris in 1854. The label’s namesake figured out how to make trunks that were stackable, airtight, lightweight, and elegant. It was out of necessity that Vuitton added a logo to the trunks’ canvas, as other designers immediately began copying his look.

After the death of his father in 1892, Georges Vuitton designed a new logo, the one of worldwide recognition today. This logo acted as a patent and made the goods harder to counterfeit. Comprised of quatre foils, flowers, and the LV monogram, the Louis Vuitton logo was inspired by Japanese mon designs,(a motif which was all the rage at the end of the Victorian era). As of May 2017, Louis Vuitton is ranked as the number one luxury brand in the world, worth an estimated $28.8 billion. The fashion house’s success undoubtedly owes to the staying power of one of the world’s most recognizable logos.

What started out as a way to distinguish one item from another has become the tool for fashion houses to build a brand by creating a symbol of what they represent. What does that symbol communicate to consumers and viewers alike? Some would suggest a logo is a mere symbol of status: an indicator of financial abundance. But others, like myself, have a more nuanced take on logos.

Branding is as important as the designs themselves, and we shouldn’t be afraid to say so. When we look at a Louis Vuitton bag today, it’s not just the bag itself (the craftsmanship, the materials, the overall design) which compels us to wear it, but the actual feelings and associations that these small works of art arouse in us. Each logo has an inherent history. When we see a logo, we remember where we’ve seen it before. We remember high-end advertisements, often works of art themselves, in which these bags came alive. Logos remind us of a brand, which is to say a story, perhaps even a myth, of the experience that brand has to offer.

It’s not just advertisements that tell the story of a brand. Our associations with brands comes just as much from seeing people in the public eye wear them. Sarah Jessica Parker as Carrie Bradshaw made the Dior Saddle Bag famous in 2000 on Sex and the City; and interest in the Valentino Braided Leather Shoulder bag was piqued when Angelina Jolie and her daughter Zahara were photographed with a matching pair in 2002.

When we look back at the history of logos on bags, we mostly see them relegated to luggage. The iconic Gucci logo of interlocking, mirrored G’s, didn’t even appear until the 1960s, more than 40 years after the label was founded. When logo bags finally became commonplace, they were never paired with another monogrammed accessory or garment, (although we were able to track down one picture of 1960s German supermodel Veruska doubling up her Gucci bags on a walk with her toy-sized dogs — possibly another trend she started!). Monogrammed accessories were discreet, elegant touches to an overall look. 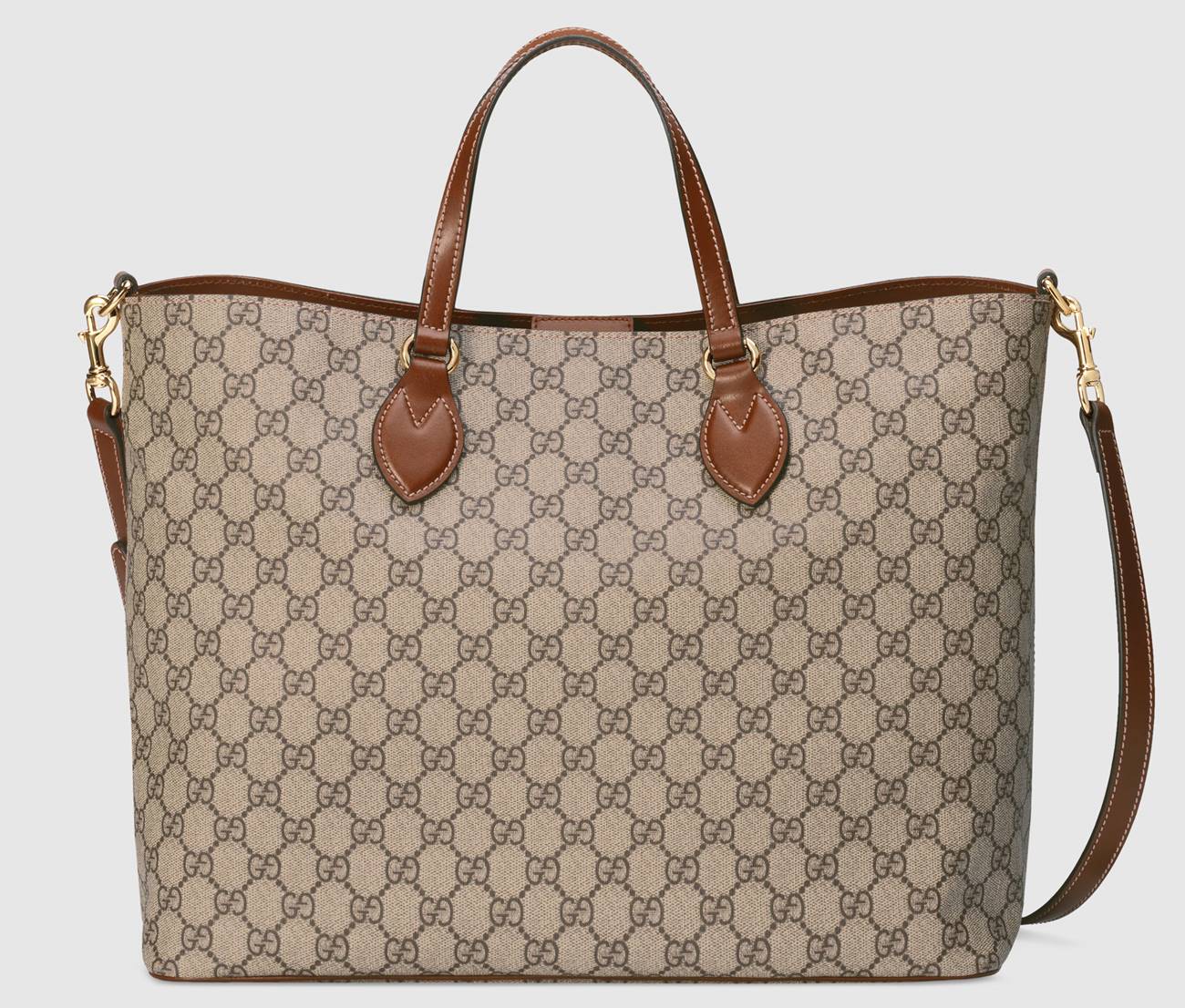 The financial boom of the 1980s saw increased interest in high-end everything and thus came a proliferation of new, high-fashion houses, (namely Calvin Klein, Ralph Lauren, and Christian Lacroix), and unabashed, unapologetic displays of luxury. This fervor erupted into “logomania” in the late 1990s and early 2000s. Suddenly the look was the logo. For the first time, logos were worn head-to-toe.

Perhaps the only upside of the recession in 2007 was that fashion took a much-needed detour from what had become a gaudy, tacky trend in which true style was lost in a dizzying barrage of crossed C’s, G’s, and D’s, (what I like to call the “designer logo alphabet”). But since nearly all trends make more than one appearance in our respective lifetimes, there’s no surprise that in 2017 we experienced the return of logomania.

Thankfully, the logos themselves have been re-envisioned, and I get the sense that designers are more or less turning logomania on its head. They seem to be aware that the craze with logos took a respectable trend off the tracks. Take a look at two of my favorite bags from last year. Gucci has taken to using monogrammed leather as a mere backdrop—essentially just the canvas for its real design. Dolce and Gabbana seem to push back on the seriousness and cache that logos are supposed to carry, presenting something playful and almost childlike. 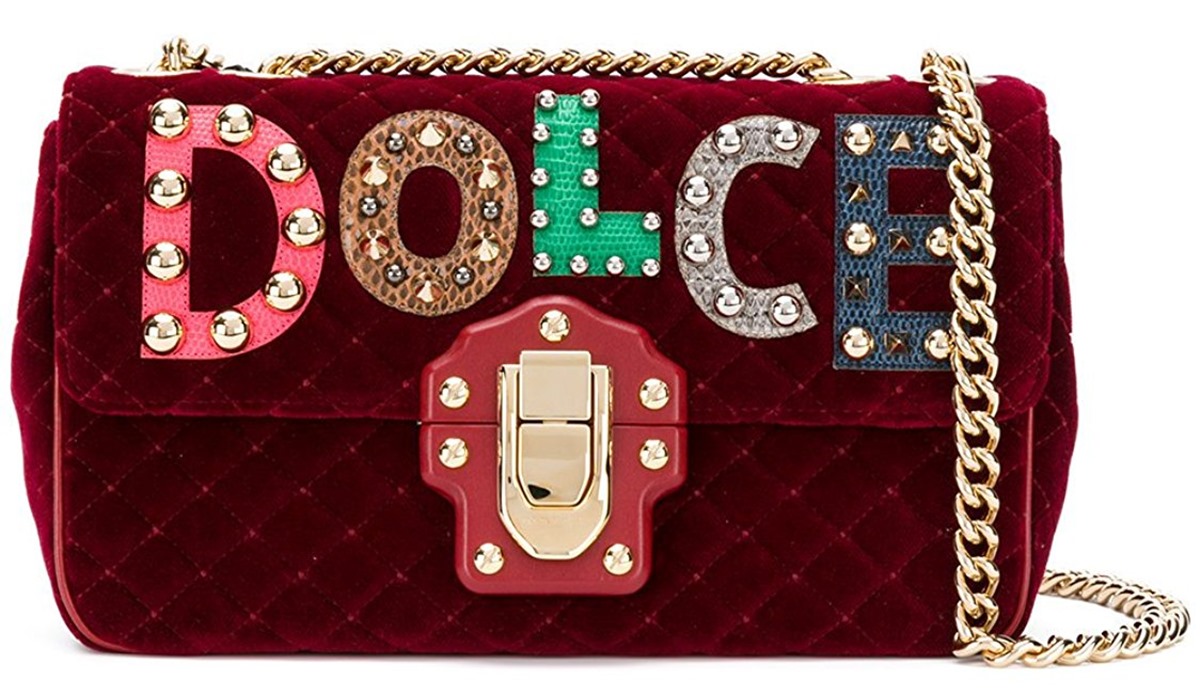 Logos encapsulate the ethos, spirit, and ideals of a brand. When we carry a bag bearing a logo, we reveal a part of our personality. Sure, the way someone dresses and their overall perhaps logo-less style does reflect their personality. But logos are the most direct, unmistakable, and clear way to communicate a small—or large—part of our identity. They connect us with history, icons, and time-tested luxury fashion.